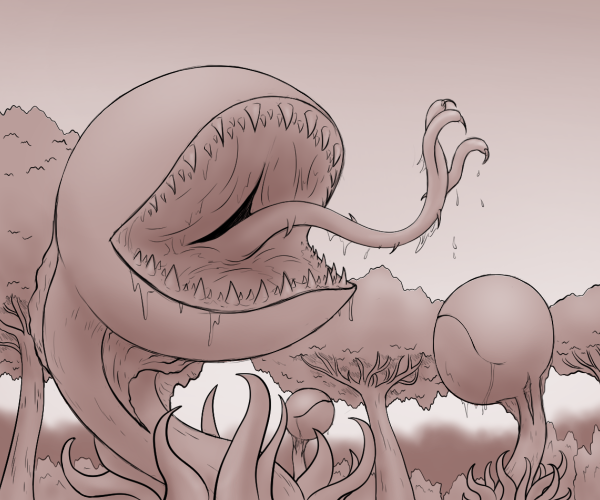 General information and physiology
A large ball-shaped head the size of a human sits on a short but flexible stem. Toothy ever-grinning maw of this plant is armed with a long spiky tongue, able to stretch out and catch prey from afar.
The creature doesn’t have a throat or any kind of internal organs. A captured victim is held and digested right inside the maw. Digestive juices are secreted by its outer layers.
This creature doesn’t have eyes and relies on ground vibrations to track distance and direction of movement around it.


Area of habitat and diet
Grinning droolers are widely spread in swamps, jungles and forests of the Southern regions of the continent. While they can survive without meat for a very long time, being sustained by photosynthesis and nutrients from the soil, their primary diet consists of animals who foolishly wonder too close.
When the plant keeps its mouth shut and remains completely motionless, it may seem harmless to those who are not familiar with it.


Reproduction method
Grinning droolers reproduce by spreading roots and growing copies of themselves in a wide area around them. This process happens relatively quickly after the drooler ate enough meat. But even if the plant starves this process continues taking place, but at a significantly slower rate.


Interaction with humanoids
While humanoids hold a spot in Grinning drooler’s menu, they rarely become its prey. Easily recognizable shape gives them out from a far, making it easy to avoid the unwanted encounter. Despite this, people try to eradicate Grinning droolers wherever they’re met. If left unchecked, these plants can spread and take over vast land in a relatively short period of time.
In some lands Grinning droolers are planted intentionally around remote castles and settlements, as a natural defense from monsters and unwanted guests. Such measure is often shunned by the general public, as without constant cultivation and eradication of spreading sprouts, the population of Grinning droolers can easily get out of control. 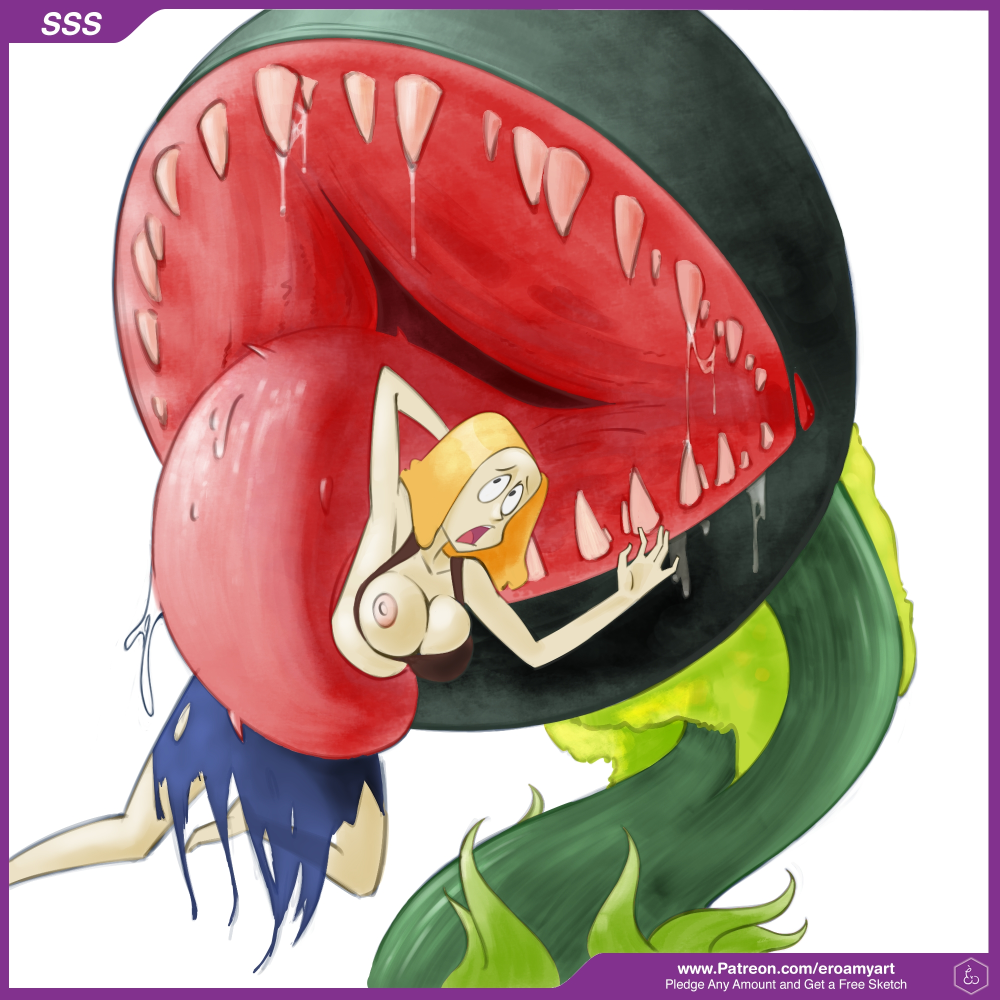