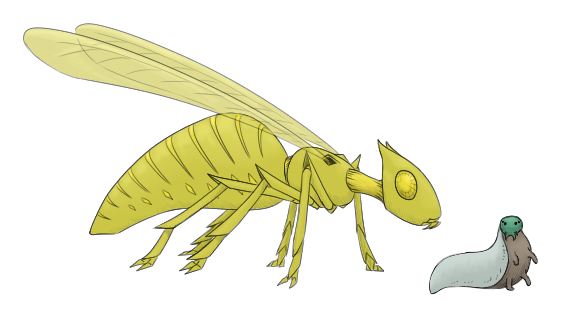 General information and physiology
Famous for its unique taste in elven females, this large insectoid P-type monster vaguely resembles a wasp. Physically strong and protected by an easily recognizable blight-yellow chitin armor, Yellow mantit has an exceptionally sharp all-directional eyesight paired with Senergy vision that works on a very far distance.
For both hunt and self-protection Yellow mantit uses a small stinger to inject strong paralyzing poison. Both stinger and male reproductive organ are retractable and are situated at the back of abdomen. Only one organ can be extracted at the same time. 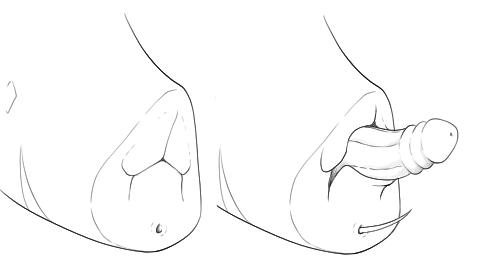 Area of habitat and diet
Being exceptionally fast fliers, Yellow mantits often travel very far from their hive in search for food and breeding victims. Single Yellow mantits can be encountered almost anywhere in Karandia, but their hives can only be found in highlands and mountains. The highest concentration of such hives resides in the Stinger peaks.

Yellow mantits are the natural enemies of carniworms which form their entire diet. Outside of the breeding period these giant wasps are often visitors of Ik’sumar, Nazmin, Red python basin and other lands where the population of carniworms is high. Stingers of Yellow mantits allow them to paralyze the prey and to effortlessly carry it all the way back to their hive, where it will be used as food to both larvae and adults. Carniworms who are not immediately eaten get stung several additional times. The overdose of Yellow mantit paralyzing poison kills the victim and preserves its flesh.
This allows the wasps to accumulate and store supplies of carniworms in dedicated sections of the hive.

Reproduction method
All Yellow mantits are male and to breed require female hosts from another species. For reasons unknown this choice belongs exclusively to elven races. Impregnated by the adult mantits, the elves give birth to large quantities of eggs.

Hunting method
Yellow mantits hunt elven females only during the breeding period which normally happens twice a year.
When they spot a fitting prey, they swoop at her from above and sting, injecting a small dose of paralyzing poison to weaken her. If she keeps resisting even after that, the injection may be increased, causing the victim to faint.
The elf gets carried into the hive and undressed. Several grown-up Yellow mantits (usually starting from the one who captured the elf) penetrate her with their male organs and inject their semen. It takes about an hour for the eggs to begin forming inside the womb and even less to begin popping out in their fully developed form.
For easier extraction of eggs, the elf is glued to the walls by the larvae, who receive and take care of the eggs, guard the victim from escaping and feed her a special nutritious secretion if the process takes too long. The secretion tastes tolerable, despite its revolting appearance and source.

Up to a dozen of eggs can form inside the elf at a time, casing intense stretching. Gladly Yellow mantit’s semen applies the Rubber-belly effect, a gift of nature that helps the victim to painlessly withstand the ordeal.
After laying the formed eggs, another Yellow mantit impregnates her, restarting the process. Throughout her captivity each elf can give birth to hundreds of eggs. Getting captured during the early stage of the breeding period guarantees multiple impregnations.

Usefulness to humanoids
Because of the astonishing ability of Yellow mantits to cull population of carniworms, their existence is tolerated by most Karandian nations.
Yellow mantit rarely directly kill their elven captives. Exceptions happen when the female tries to escape and causes damage to the hive or hurts the larvae.
However, the breeding periods themselves always lead to casualties. Thrown out of the hives without clothes or weapons, many elves don’t have enough strength, skill or luck to make their way back to civilization through dangerous wilds full of predators and other monsters.
To bring the number of casualties to minimum Avoran kingdom holds special army unit that specializes in tracking and rescuing victims of the Yellow mantit breeding periods. Once the breeding period starts, they send groups of scouts and fighters close to the Stinger peaks, helping anyone (Except Dark elves) they find to return home safely.

The paralyzing toxin of Yellow mantit is stored in a special gland and can be gathered from a slain insect. Its potency lowers little after the creature’s death, but the amount extracted from a single creature is very small. Because this toxin is equally effective against humanoids, beasts and most monsters, it’s a highly valuable trade good across the entire continent.
Yellow mantits are not eatable or tamable.
edit delete
Darksh1ne 8th Apr 2022, 6:55 AM 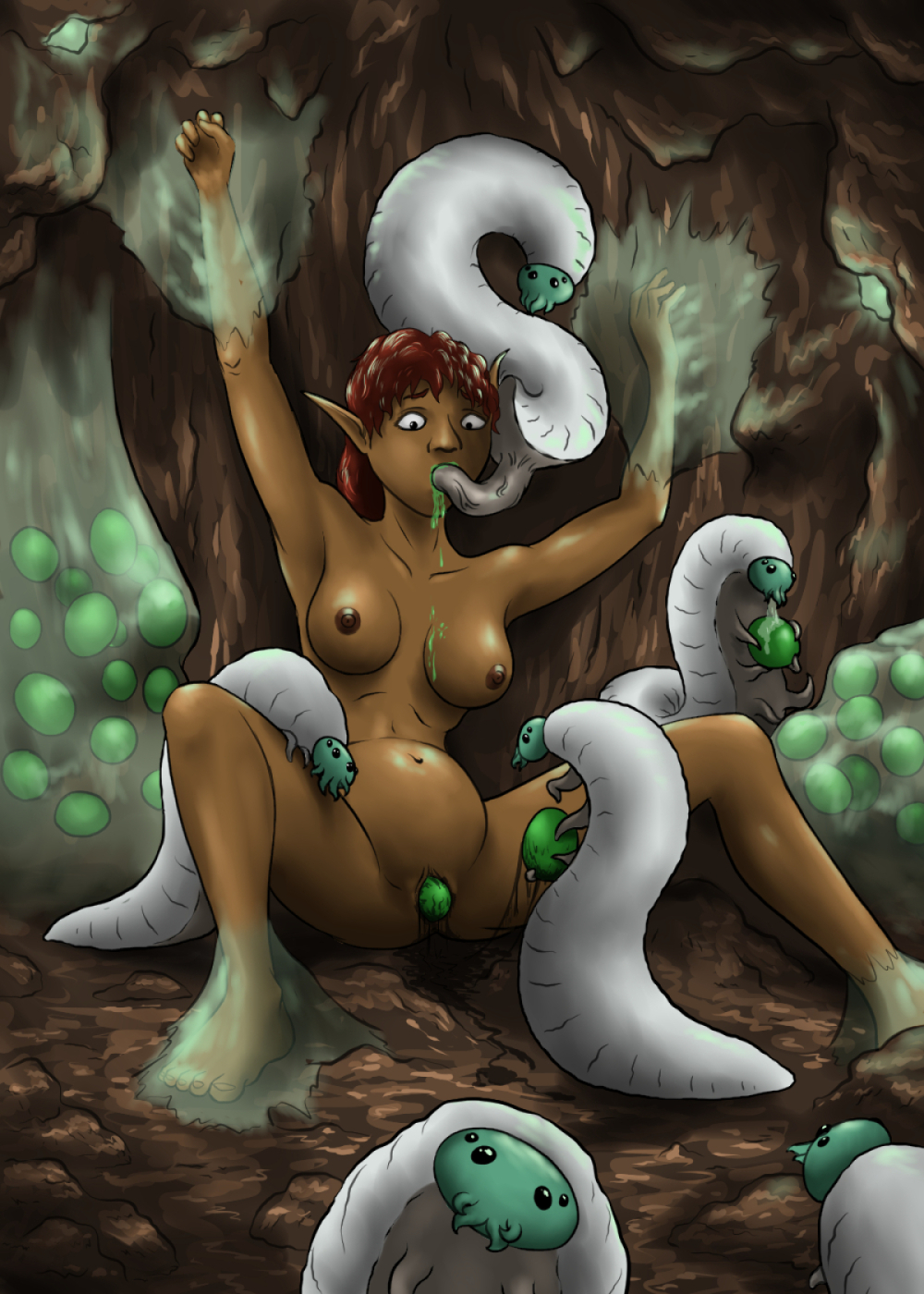