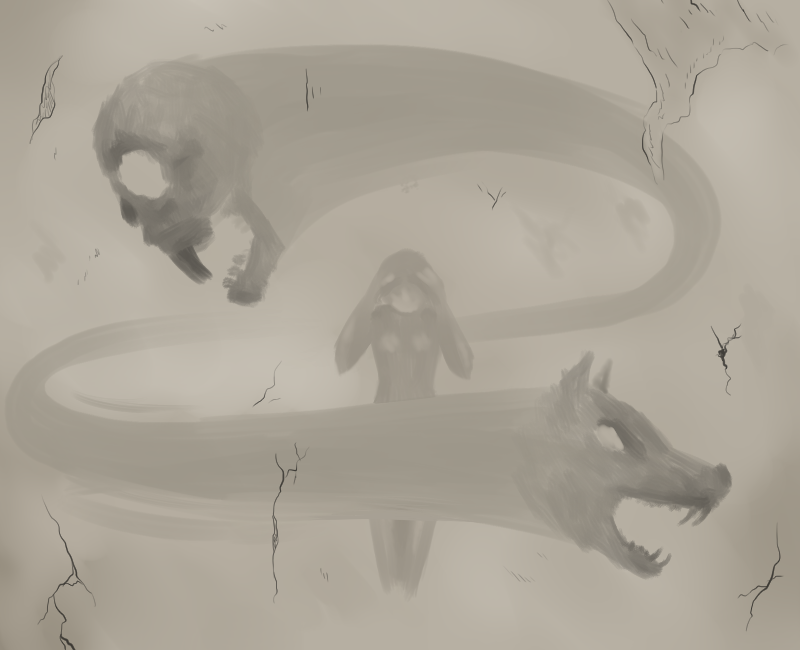 
A curse is a stable, permanent biological mutation of unnatural, often magical nature. In every known historical event that led to the birth of a new curse, its creation was never the intent. Reckless, dangerous experiments or side effects of the most powerful spells under certain condition may lead to permanent afflictions of humanoid bodies and become transmittable to others through blood.

There are not many curses in Monstroniverse, but carries of such can be met in any corner of the world. Carriers of curses are often met with hostility, fear and mistrust. Life with a curse is difficult but tolerable, since despite every negative sides of it, every curse offers specific benefits to the carrier, mostly aimed at assisting them to meet the demands of the curse.
Despite being the product of magic, a curse roots itself in the organism on biological level, so no anti-magic techniques can cure it. A curse is not just a physical trait – it become a part of a person, dictates their way of life, controls the flow of their thoughts. Once afflicted, the curse becomes the center of ones being.
Curing curses is possible but each method is risky, painful and costly. All curses are spread through blood.
edit delete