Fields of the damned 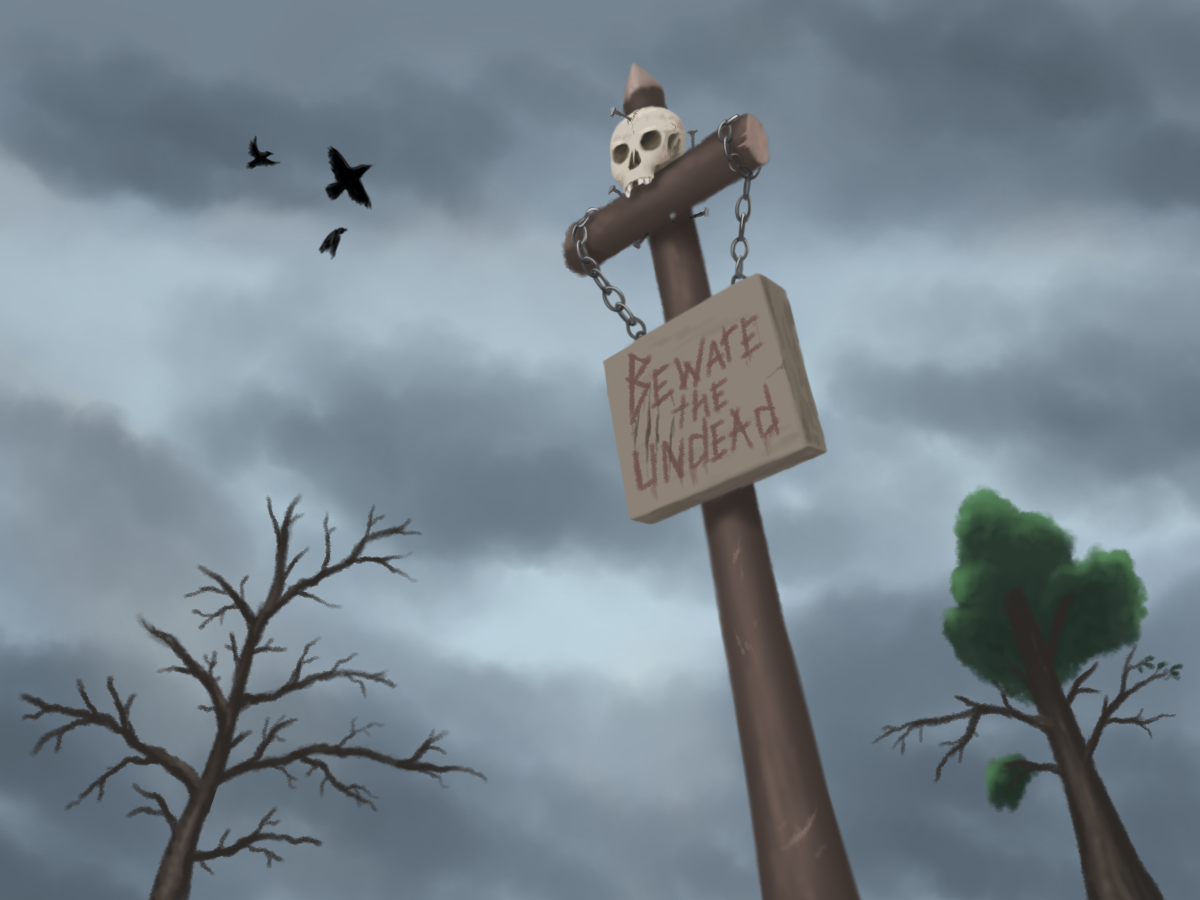 An artificial disaster with a noble goal
Fiends of the damned is a vast area in the Eastern region of Karandia, stretching from the shores of Midland sea to the Sea of giants remains corrupted by powerful dark magic and seems to be unable to recover. A natural disaster created by human hands.

Surprisingly, the intention to create this disaster did not belong to evil, malicious people. After the Green tide suffered its devastating defeat during the Day of burning sky, the remaining orcs of the Eastern greenlands did not stop their destructive raids across the Eastern Karandia. Smaller in numbers and significantly weaker, they still posed a serious threat to the remaining people of former Boltok kingdom.
Life in constant fear of orcs lasted for almost four centuries. Dornia had to endure numerous small and large raids from the North, several times reaching the brink of complete destruction. Something had to be done. Some unorthodox measure to prevent orcish raids from entering these lands for at least a couple of decades. Enough time for Dornian citizens to build strong castles and to create a somewhat decent regular army.

On the year 371 after the Day of burning sky a council of nobles have been called to find an effective but affordable solution. That’s where countess Rinara Dusktale stepped forward with a shocking proposition - to use her knowledge of necromancy and to turn a portion of the land, separating humans and orcs into a deadly, impassable trap.
It is important to note that before that day lady Rinara studied necromancy in secret, as this form of magic was shunned and even persecuted in old Boltok. Coming out and declaring that she had a solution of such blasphemous kind was a brave move, which could easily cost her freedom and even life. However, the nobility and even current king of Dornia were so desperate that they agreed to support Rinara’s plan, a large convincing part in which was her desire to cover all the expenses by herself. For that, however, she also declared a special condition - that if her plan succeeded and Dornia would find peace for the upcoming years, necromancy would have to be legalized for good. This part was met with heavy resistance, but after no better solution could be found, the nobles had to agree.

During her studies Rinara managed to study and perfect certain enchanted technologies, and came up with a device called Necrobeacon. This enchanted devices acted as remote, inanimate necromancer and would reanimate corpses of certain size an a wide area around it. Rinara wanted to plant necrobeacons all over the thinnest region between the two seas, which has been desolated by war and had not a single inhabited settlements left. Not only orcs would have to fight through the undead in order to pass this region, such environment could easily plant panic and fear in hearts of the raiders, as Northern clans were well known for their superstitious beliefs and traditions.

Rinara and her followers were offered a sizable escort of guards and several carts to transport provision and necrobeacons. After several weeks of intense preparations the party left Boltok and travelled North, to the region formerly known as Damani wilds. It took Rinara and her people more than two months to realize the plan. Most necrobeacons have been put underground, some were mounted on trees or stamps, obscured with improvised camouflage. Somewhere in a distant destroyed village the final part of the plan has been finished - the installation of the control crystal. It connected all necrobeacons created by Rinara, and upon activation launched a chain effect. One by one half a thousand of necrobeacons came to life, turning a silent, lifeless place into hell. Countless corpses of Damani, Boltok and orc soldiers, villagers and even monsters who died in this region during the last years clawed their way from the ground, standing now as a living wall of death.

Rinara did not expect such high number of undead to answer the call, so she and her followers had to fight their way through the undead in order to get away. In the end, only Rinara returned to Dornia alive.


The story of Rinara and the consequences of her creation would continue for at least forty years from that point. The acceptance of necromancy as legal practice, the hordes of undead who would slowly spread all across Eastern Karandia would become a significant reason for the church of Purifying light gaining popularity and power. The following bloody civil war tore the kingdom into pieces and led to religious tensions, birth of inquisition and enforcement of strict laws against not only necromancy, but magic in general.


The necromancy and the case of Fields of the damned
Necromancy is a section of Death magic, allowing to reanimate and control the biological remains of living creatures. There are 2 fundamental stages in the act of necromancy - reanimation and control. Reanimation fills the dead biological material with dead energy, which binds parts of it together and depending on the type of creature, gives them certain basic abilities which they used to have in life, but can no longer have due to malfunctioning or even missing organs. In case of undead humanoids such senses are sight and ability to hear (more complicated reanimation spells can make the undead stronger and even add extra abilities)

Control spells allow necromancers to give commands and assign tasks for the undead, which will be performed as long as the undead is physically able to, or it would break its body by trying. Before an undead can be controlled, it first must be reanimated, but a reanimated undead does not necessary require commands to keep functioning.
Undead left without control, or as necromancers call them “untamed” - would follow basic, instinctive desires of the creature they once were. The most basic desire is to satiate hunger, that’s why an undead humanoid would always attack any living creature that they see and would try to eat them.

A reanimated undead functions for as long as the dead energy presents within them. The body of an undead ceases rotting, due to the dead energy consuming life from the maggots and other insects that reside within the corpse. That’s why a reanimated corpse is able to function for a significant amount of time, for as long as the dead energy is provided by the caster or the necrobeacon.
An undead can also sustain itself by eating living or freshly killed living creatures. During such act they do not feed on flesh of the victim, but on the life force, that feeds the death energy and makes them even stronger.
That’s why an untamed undead would never attack another undead – its hunger is dictated by presence of life force, not by movement or any other sign of life.

The reason why the Field of the damned keeps being such dangerous place lies in the way Rinara tuned her necrobeacons. In its core principal a necrobeacon is simply a crystal infused with dead energy, able to continuously cast reanimation spell. 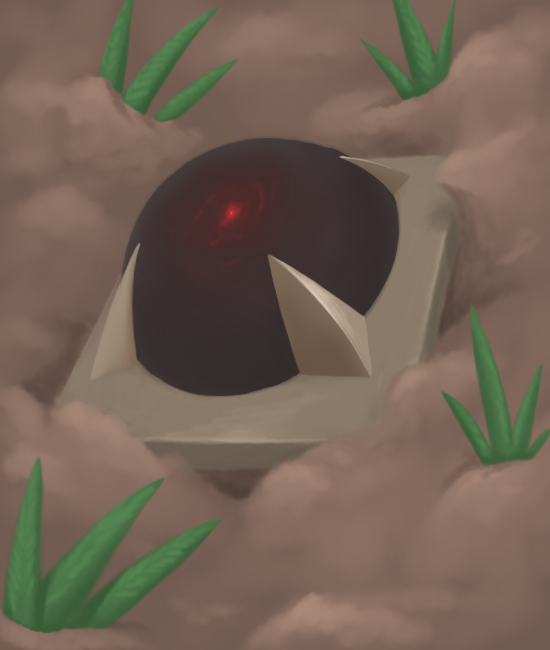 Necrobeacon’s pulses serve two purposes - First, they cast reanimation spell in a wide radius, bringing dead to life and second, they infuse already existing undead with fresh dead energy, prolonging their functionality.
Typically, enchanted objects like this can work only for a limited time, until they run out of energy. But the new, improved necrobeacons of Rinara could function almost for eternity thanks to a special self-sustaining, interconnected system. While one beacon shuts down to restore its energy, a principal widely used in all many self-sustaining enchantments, another activates, covering the same area and keeping the active undead sustained. By the time second necrobeacon runs out of energy, the first one recovers its energy back and turns itself on once again. Rinara’s followers planted the necrobeacos not randomly, but keeping this system in mind, that’s why the undead of Fields of the damned never run out of energy.

For the last nine centuries the number of undead here significantly lowered, thanks to the bodies of those who got reanimated so long ago already withered away completely, but the problem is that if anything else dies here even today, it gets reanimated as well and would serve for many decades forward. And the worst of all is that Rinara, thinking that there would not be enough humanoid remains to create an effective barrier from orcs, adjusted her necrobeacons to also reanimate large monsters and animals. Anything larger than a cat is vulnerable to the curse of this place. 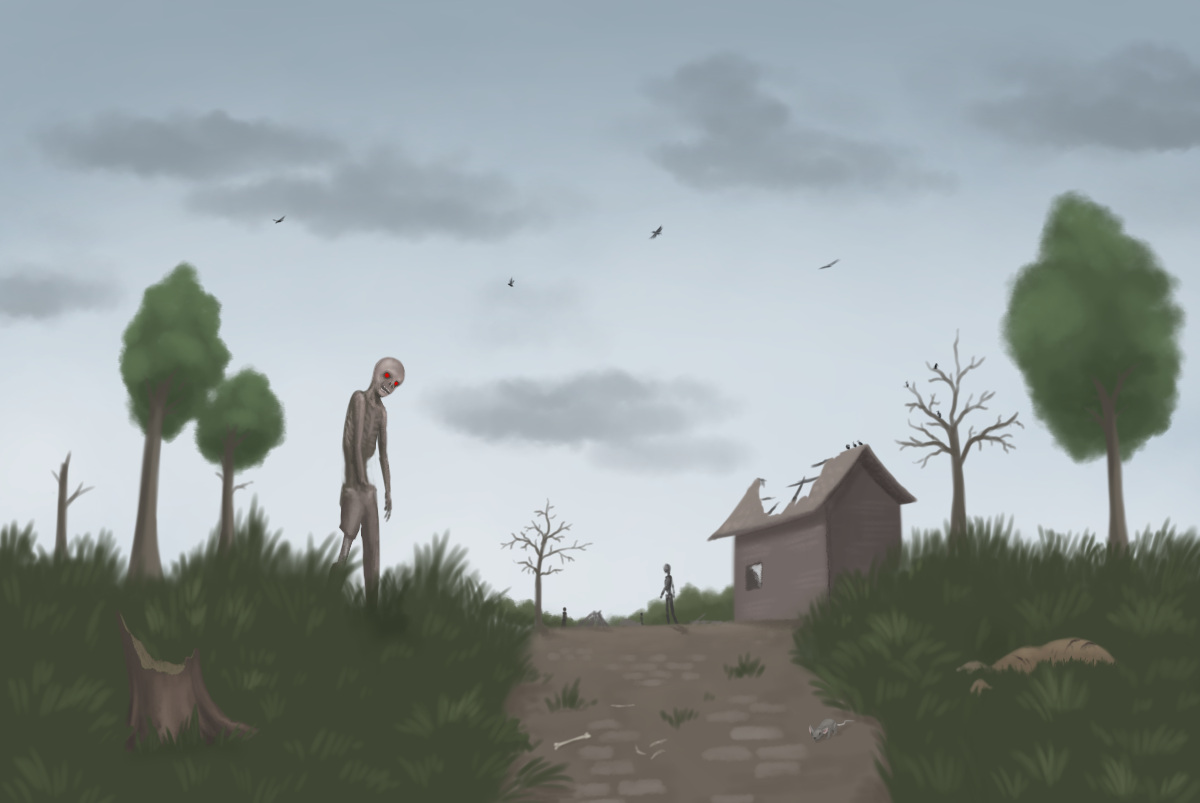 Fields of the damned is a self-contained, cursed ground. It never runs out of loyal servants, as while you can warn people not to approach it, you can’t do the same with animals and monsters, who accidently walk too close and die here.
May be one day someone would find all the necrobeacos and breaks them, or may be someone would find the control crystal and shuts them down. Unfortunately though, the location of this crystal and the necrobeacons is unknown, as Rinara kept it secret after her return and till her disappearance several years later. It is still unclear if she was simply afraid for her life and kept it a secret as self-protection from possible conspiracies, or it was her plan all along, and the fact that only she alone returned from the expedition might not have been a coincidence…
edit delete