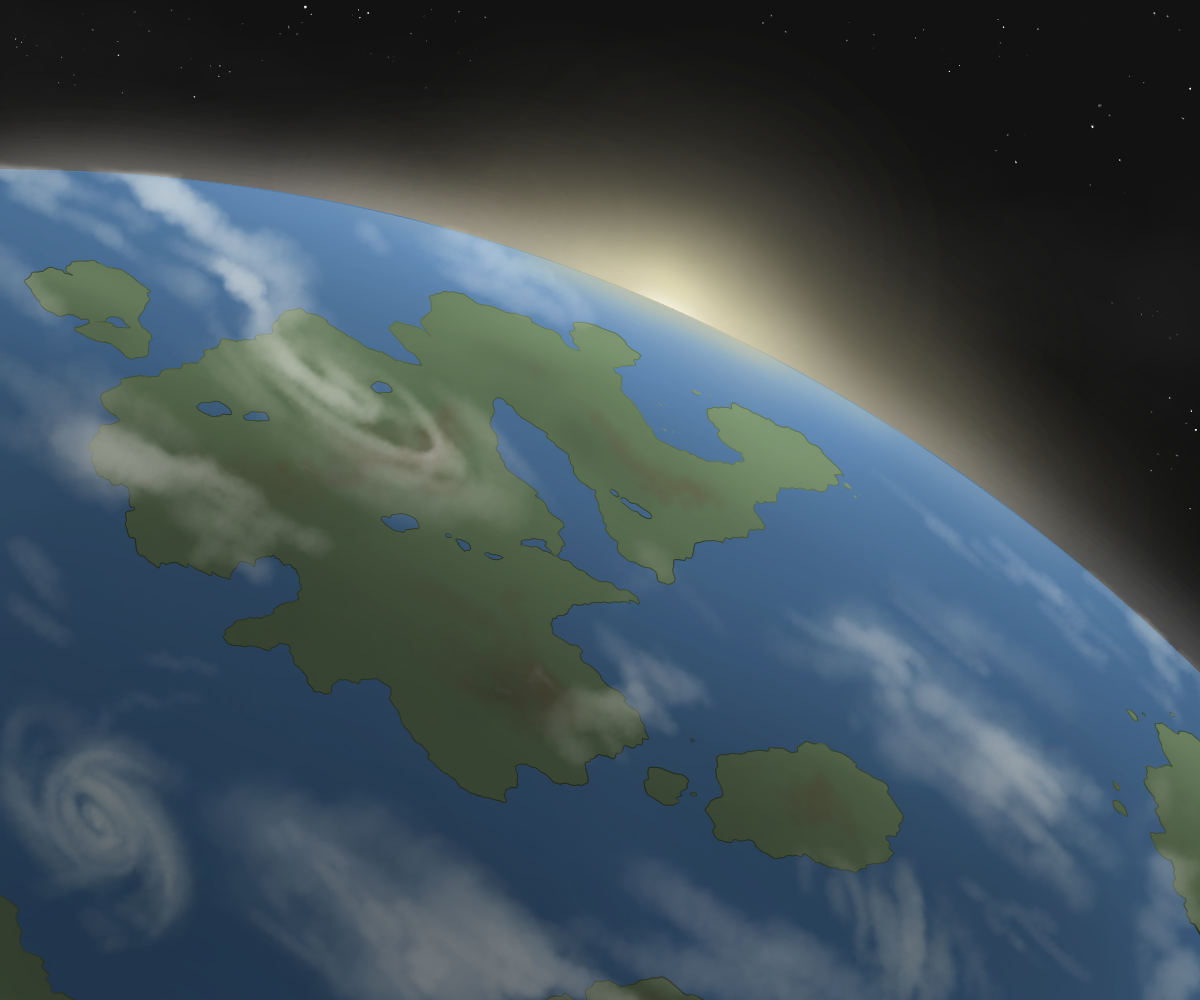 The history of Monstroniverse can be divided into two main periods - Before and after the Great collapse. This mysterious cataclysm happened twelve thousand years before the events of Monstroniverse adventures story. It affected the entire world, caused colossal devastation and led to countless casualties.


During and after
The Great collapse was nothing like any explainable cataclysm. There were no volcanic activities and no earthquakes prior to it, the changes were sudden. Historians and scientists are convinced that the Great collapse is responsible for deaths of 90% of humanoid population across all known lands, blaming half of the casualties on the initial effect of land transformation, and the rest on sudden appearance of large numbers of monsters.

For decades after the Great collapse occurred tales of thousands of witnesses were gathered and carefully studied. This gave future generations a chance to get a clear picture of what exactly happened during the cataclysm.

It all began from a sudden shimmer in the sky and the surrounding, which lasted for only several seconds.
Shortly after the cataclysm itself began. Plants, creatures and monsters of previously unknown nature began materializing everywhere in great numbers.
In some areas also appeared previously non-existent bodies of land, from pebbles to entire mountains. The majority of casualties happened in these few seconds, when the newly materialized landmass trapped and crushed entire towns with all of their residents. But unlike living creatures, who appeared everywhere, this effect occurred only in selected areas, following a certain topographic pattern. 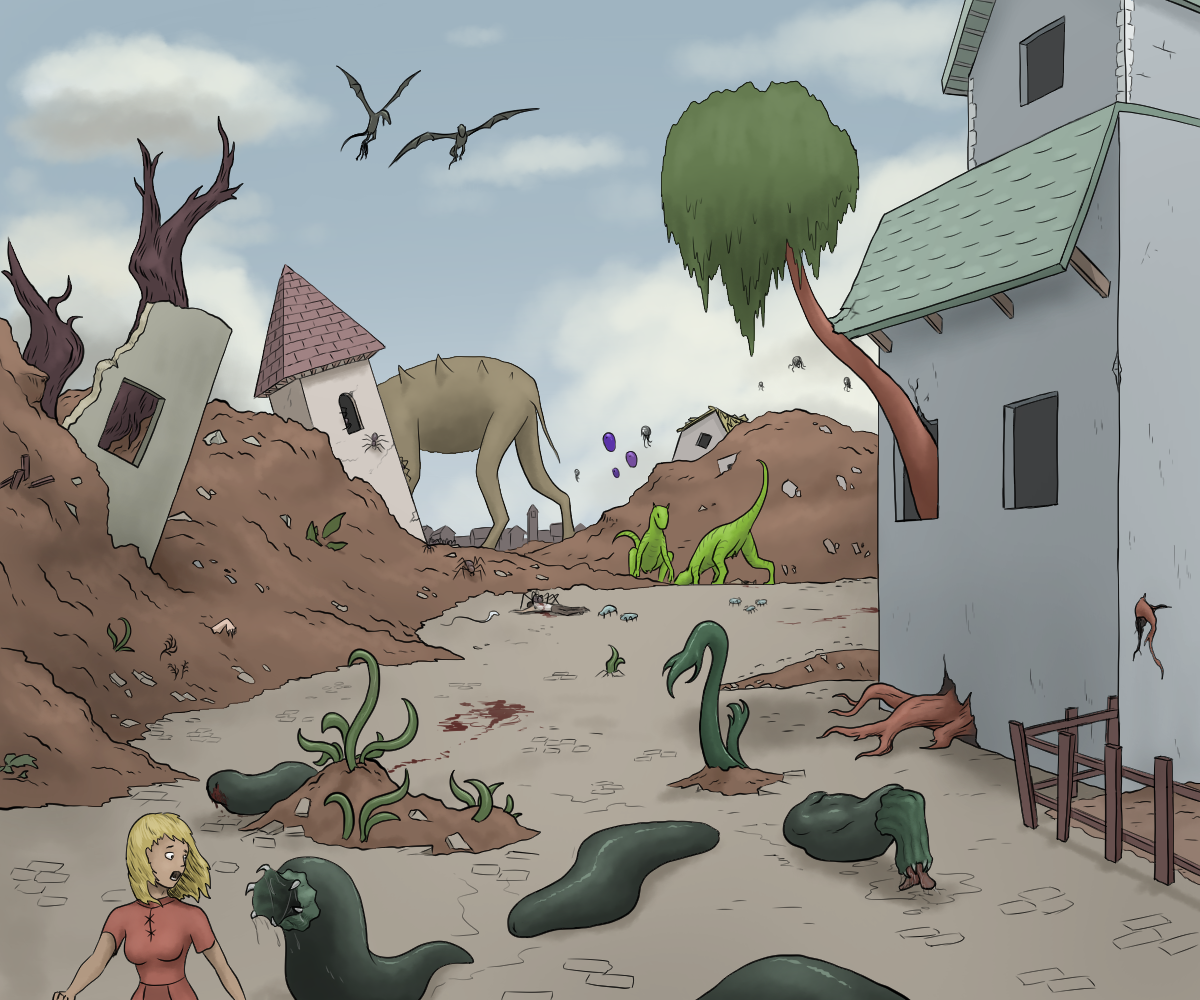 In just mere seconds the entire world changed and became a much more hostile and dangerous place. Those who were lucky to survive the materialization landmass had to escape claws, fangs and tentacles of monsters they have never encountered before. Civilizations of old ceased to exist.

Throughout centuries the state of the world slowly stabilized. Humanoids managed to survive and to adapt to the new conditions. They got used to high concentration of monsters around them and learnt how to fight them, how to keep them at bay and even how to use them for their own needs. Global population eventually reaching the pre-collapse numbers and new powerful nations rose from the ashes.


Why and how
No one knows the reason why the Great collapse happened and what could be the source of such devastating effect. Throughout the history the greatest scientific minds crafted numerous theories about this riddle. Most of them assume that the event had magical nature and could even be artificial. This is supported by the existence of arcane spells that deal with space and reality manipulations. If one such spell could be fueled by unlimited supply of energy, the effect could be truly devastating. However, unlimited energy was a concept unreachable by any known means.
The effect of the cataclysm resembled a mass-teleportation spell. It was like the landmass and creatures have been teleported into the world from an unknown location, if not even a different dimensiom.

Unsurprisingly an event of such magnitude gave birth to some exotic religious beliefs and prophesies, however most of them died out throughout the thousands of years, as nothing like this happened ever since.


Lost era
Very little information remains from the Lost age, the time before Great collapse. Scripts, documents and literature that survived from these ancient times are considered to be the most valuable artifacts in all of history, and are carefully preserved in the best libraries and treasuries of Karandia.

Combined sum of accumulated ancient knowledge doesn’t allow people of today to re-create accurate image of the Lost are’s life. But some facts can be stated for sure:
- The maps of the old world show a completely different landscape. South-Eastern part of Karandia for example used to lie on the bottom of the ocean, while there used to be a large body of land in the area of Ruby beads archipelagos. Such drastic changes touched every continent of the world.

- Magic existed already pre-cataclysm. Ancient scrolls with unique spells of the Lost era are carefully preserved in the most respectable magic schools around the world.

There is no trustworthy information if the monsters existed prior to cataclysm or not. One stone tablet showing a glowslimer offering some king of gift to humanoid women have been unearthed three thousand years ago in Principalities. However, there are enough skeptics who don’t believe that it was made before the Great collapse, and that what is shown on it could simply be a symbolic representation of the Gifts of nature.

- There is a strong suspicion among modern geologist that the cataclysm somehow affected the global weather. In the old world winters played a much bigger part of the yearly circle. Nowadays snow only falls out in Northern and central parts of Karandia for only two week. Some documents mention that before the cataclysm it used to hold for more than two months. This information came from an ancient calendar found in the buried city near Kraf empire.
edit delete