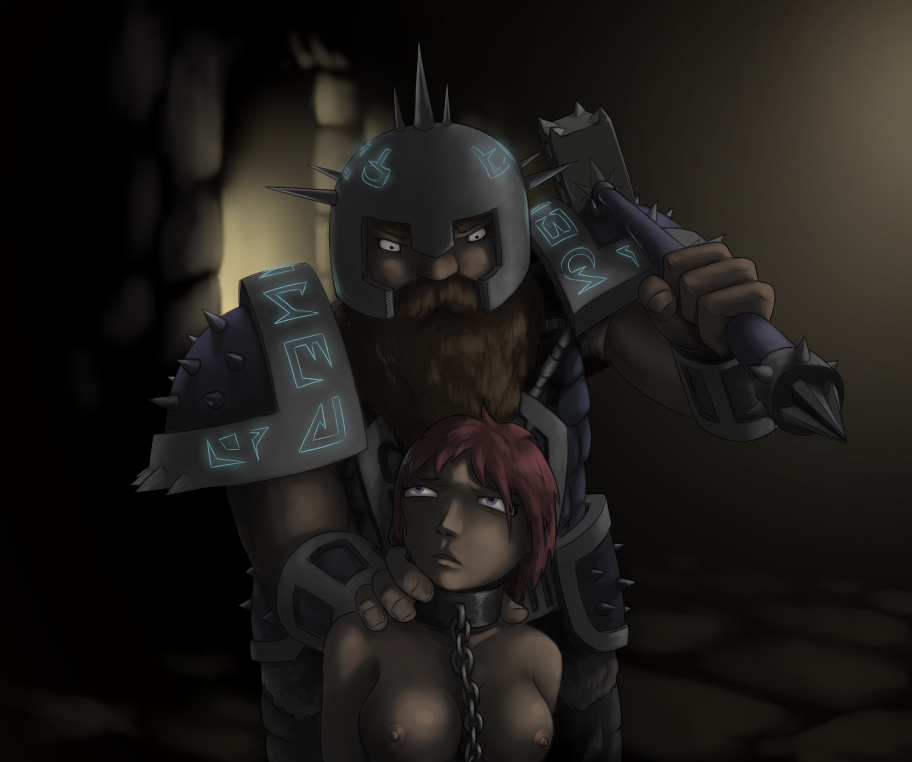 General information
Dwarves are a mysterious race that can be met in the depths of Underworld. They are universally considered as the true villains of this world. A highly xenophobic and cruel race that exclusively consists of men. Exceptionally intelligent and skilled in craftsmanship, dwarves live in colossal underground cities, built in shapes of monolithic structures resistant to the infiltrations of Sunless lords.
Dwarves are fascinated with blood sports and slavery, preferring to observe and consume, rather than to do the required work. They don’t capture slaves themselves, instead they use others to do it for them. Throughout thousands of years and by using ingenious manipulations, they’ve successfully bent the entire race of goblins to their will, using these green-skinned people to do their bidding. To dwarves, goblins serve as both a meat shield from any possible invasions from above, and also as the source of female slaves from the surface – the most valuable resource for the dwarves.
Surprisingly enough, dwarves don’t use slaves for any kind of labor. Instead, they are used for as pets, as sex toys, as participants in numerous sports, as expendable subjects for magical and alchemical experiments, and possibly also as breeders.
To be captured by goblins and to be delivered into a dwarven city is a fate worse than death. Only select few have ever returned to tell the tale. And what they told became the entire sum of knowledge about this wicked mysterious race.


Physiology
- Dwarves are short, but muscular and heavy creatures. Their impressive physical strength is not a result of intense training, but a natural feature. Height varies from 130 to 160 cm.
- When it comes to skin and hair colors, dwarves are almost identical to humans.
- Majority of dwarves have a dormant Energy pool at birth, but they can expand it and learn magic with relative ease.
- Ironically, while being the dwellers of the deepest depths of the Underworld, dwarves don’t have any natural spells. Their eyes are extremely sensitive to the slightest source of light and allow them to see well with minimal presence of light, but to see in pitch darkness they have to carry around torches and lamps.


Procreation
Dwarven race consists exclusively of men and their method of procreation is a lot similar to dryads. To have children they have to use women of other races, but even that is not enough. By itself dwarven seed can’t impregnate any female they have sex with. They have to rely on special enchanting rituals to make a pregnancy.
edit delete