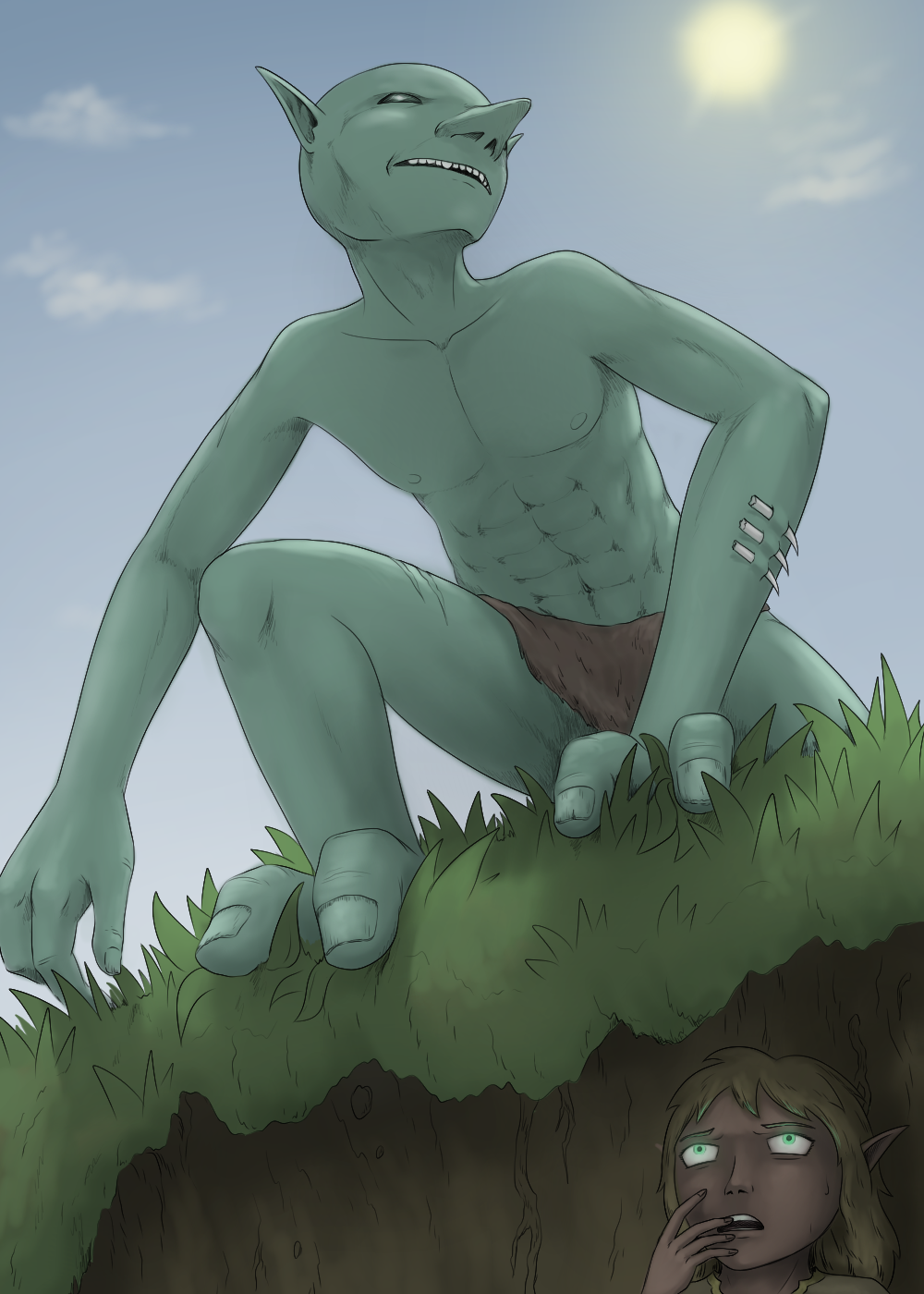 General information
Similar to yeti, trolls balance at the edge of what can be classified as humanoid. They have all the features of one, but by their behavior, low intellectual capabilities and impulsive nature, vastly dictated by instincts, they could be easily classified as animals. At the same time history knows a sigificant number of individual trolls who showed immense social and intellectual skills and who could effortlessly exist within societies. Such cases, however, are more the exception than the rule.
Majority of trolls are outcasts, preferring to live alone or in small groups of unrelated individuals in forests and jungles where they have easy access to food. Similar to all humanoids, they are omnivorous but highly prefer hunting to gathering.
Due to impressive physical strength and the ability to communicate with, in some nations like Dornia, Kroll and Kraf It’s not uncommon practice in distant forts and outposts to make deals with local trolls, hiring them as scouts and guards. They are not paid with money, but with goods, food, trinkets and all kind of pleasures. However, such duties are to be fulfilled in the wilds where they dwell, as they are rarely allowed to enter large settlements. Trolls have very short patience and are easily provoked by loud sounds and sight of beautiful women.
Wild trolls often kidnap women of other races to use as sex slaves. But unlike yetis, they sometimes let them go after a period of time.


Physiology
- Trolls of both genders are completely hairless and their skin comes in light green, yellow, blue and red skin tones.
- Average height of an upright standing troll varies from 230 to 280 centimeters.
- It’s not easy to distinguish a male troll from a female, unless their genitals are clearly visible. In aspects such as height, body proportions and bust shape, female trolls differ very slightly from the males.
- Their arms are disproportionally long with thin but strong muscles, what allows them to almost effortlessly climb any surfaces that provide edges to grapple upon.
- Trolls have by 3 thick fingers on both feet and hands.
- Impressive natural regenerative ability, similar to the Gift of nature “regeneration’, allows trolls to heal heavy physical wounds, and even allow regrowth of lost limbs. However, this regeneration can be easily shut down for a long period of time if the wound is scorched.
-Trolls are known as the providers of the biggest load among all humanoid nations. They can only be rivaled by owners of the Gift of nature ‘Monstrous load’.


Procreation
Trolls can only procreate between each other. But because of the rarity of encounters, population of trolls in Karandia is considered very low.
edit delete