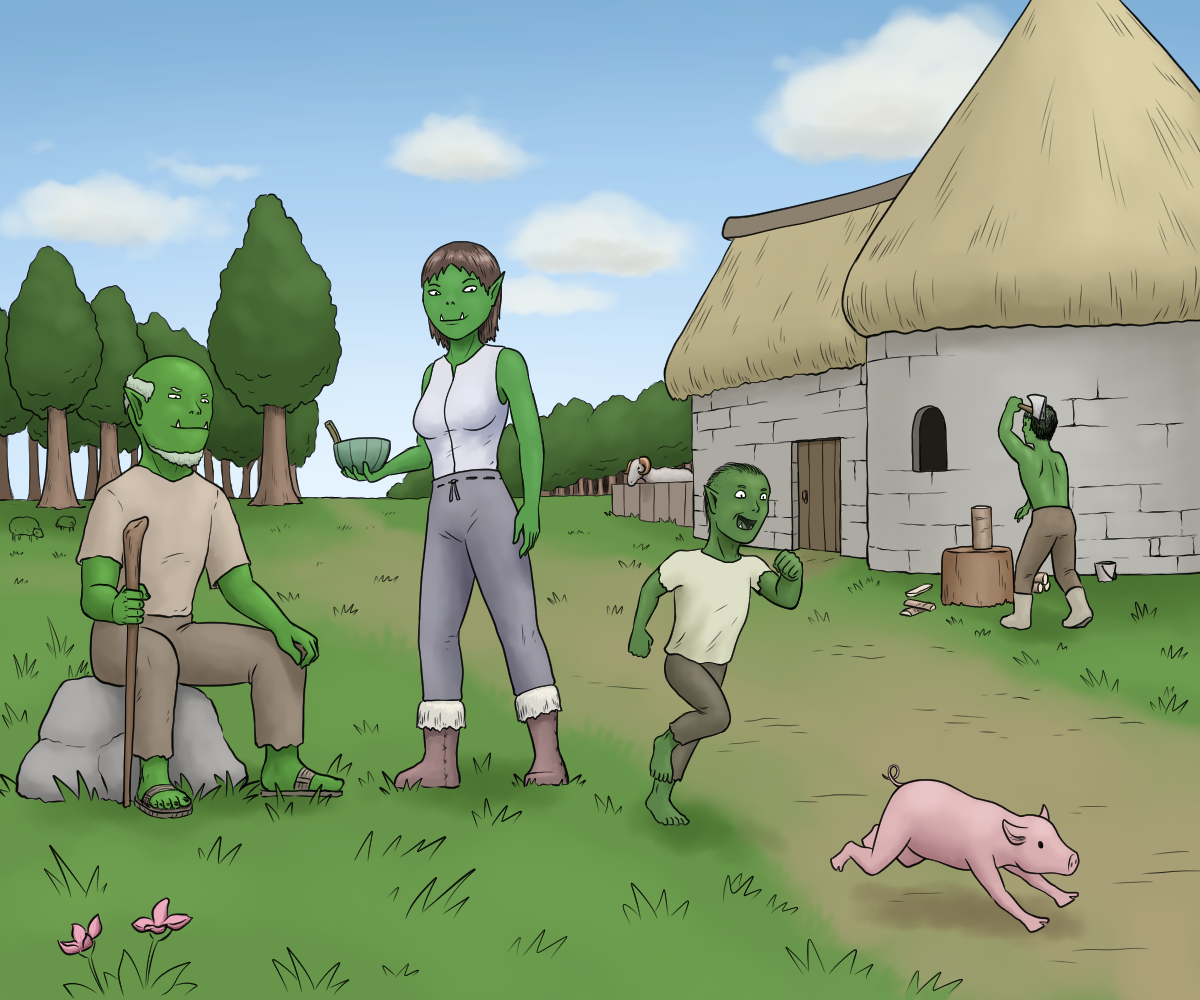 General information
In many cases orcs of Monstroniverse are very similar to humans. Just like them, orcs found their way into many societies of other races and created several nations of their own. Population of orcs on Karandia is almost equal to those of humans, but the majority of them live in the Northern regions of the continent where the climate is colder.


Physiology
- Green skin and dark green blood are a cause of altered pigmentation, not consistency. That’s why it is possible to transfer blood from orc to human and vice versa in case of emergency – the transferred blood will change color over time according to the race of the receiver.
- At birth and throughout aging orcs are equal to humans in their physical strength, but they build muscle mass much faster, and because of it in general orcs are considered stronger than humans.
- The famous fangs on the lower jaw of orcs are often mistaken for teeth, but in reality they grow independently and behave differently. For example there are no nerves within them, so if they break (which is very hard to achieve) the orc would not feel any pain.
Because of these fangs lower jaw of orcs (especially males) is larger and thicker than of any other humanoid race but it also does not bring them any discomfort and does not prevent them to keep mouth completely shut.
- Large pointy ears of orcs do not seem to carry any specific purpose.


Procreation
Of all humanoid races only orc women can be impregnated by goblins. When such “union” happens (Considering the nature of goblins and their way of interaction with other humanoid races, such cases are rarely consensual) – the child is born with a mix of features of both goblin and orc. They may have large nose, sharp teeth and pointy chin of a goblin with orcish fangs missing, but also have complexity and strength of an orc.
Such children are called half-orcs and they are not fertile (What does not affect their potential sexual activity) Many scientists are convinced that orcs are ancestors of goblins, but this theory is yet to find any kind of evidence. Half-goblins are the only example of a half-breed in Monstroniverse.
Apart from that orcs can’t have children with other humanoid races apart from dryads and fairies. The letter is possible only if the orc possesses a potent Energy pool.