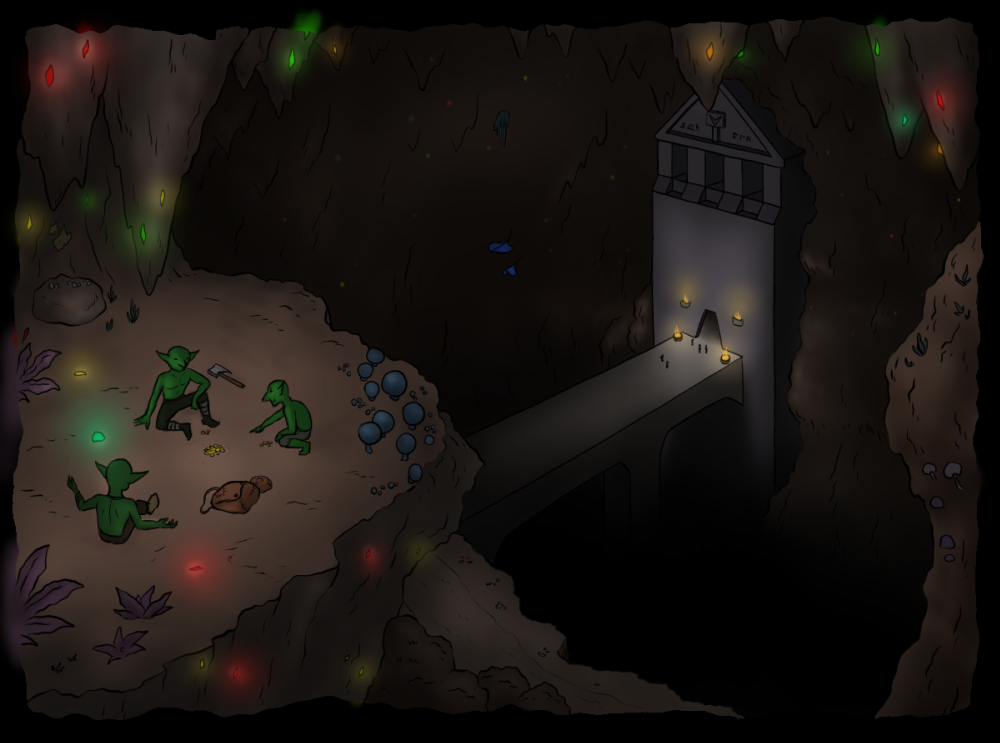 Under the large continent of Karandia lies even larger underground world. Underworld is a complex, interconnected web of tunnels, halls and abyssal chasms, inhabited by unique creatures, monsters and even civilizations who exist without ever seeing a single ray of sunlight. Countless expeditions of brave explorers venture into its depth throughout thousands of years, bringing back crumbs of knowledge, which combined allow us to get a more or less clear picture of what Underworld is, how it came to be and what one should expect to encounter there.


The builders of the Underworld
It is impossible to create a map of the Underworld, as its layout and placement of tunnels slowly but steadily change. Today you may walk through a straight tunnel, but in a year this very tunnel may turn into a hall with new passages leading into unknown directions. Or it may collapse, completely closing the path forward.
Majority of surface dwellers don’t care about Underworld. They don’t plan to ever visit it. Some fear it and avoid at any cost. That’s why few know the truth about Underworld’s origin, and why it constantly changes. In truth, the entirety of the Underworld was created by living creatures - gigantic earthwarms, known as Sunless lords.
These strange, ancient creatures spend their entire lives carving through earth, leaving behind countless tunnels.

Interesting facts about Sunless lords:
- They can’t see, smell or hear, but they have a great sense of direction, composition and density of soil - Sunless lords know where the surface is and stay away from it.
- The way of reproduction and their number is unknown. Some even believe that these creatures don’t age and exist from the beginning of time. As absurd as this sounds, history knows of only one dead Sunless lord, found within a ravine left by a powerful earthquake. Exposure to the sun killed and mummified it, what allowed Monstrologists to study its physiology and to come up with theories of how the creature functions.
- These are the slowest creatures in Monstroniverse. Depending on consistency of the earth, they can cover from 10 to 20 meters each day at best.
- Sunless lords have no natural enemies. The only direction they can be approached is from behind, through the fresh tunnels they create, but the worms constantly emit a toxic aura from its back. This toxin seeps through matter and skin of living creatures and is very potent, able to kill anyone within less than a minute.
Gladly it also has a strong salty smell, so it’s not difficult to figure out that a Sunless lord is close and to get away from it in time.
- The reason why tunnels, left behind the Sunless lords, are not filled with earth is directly tied to their physiology. Soil, stones and minerals they swallow don’t come out not from behind the worm’s body, but pushed to its sides through special large pores. This act compresses the tunnel walls, reinforcing them, but also negatively affects older that lie nearby.
- Sunless lords are not a part of Underworld ecosystem, but direct creators of it. When the earth comes through the worm’s body, it gets energized with nutrients, which allows dormant seeds of Underworld flora to grow and flourish.


The layers of Underworld

Upper level
The least interesting and the least populated part of Underworld. Tunnels here are always pitch dark, because, void of any functioning luminescent crystals. There are very few types of fauna who can survive here, and this is the main reason why most Underworld creatures avoid visiting these parts. The tunnels of this layer may come close to the surface and sometimes collapse, creating openings that serve as natural entrances into the Underworld. It’s not uncommon for more daring predators of the Underworld to sneak out into the surface and to prey upon faura and humanoids living there. And on the contrary, some of the surface creatures venture deep into the underworld, get lost there and either die, or adapt and survive.
That’s why there are many creatures that can be met in both Underworld and on the surface. 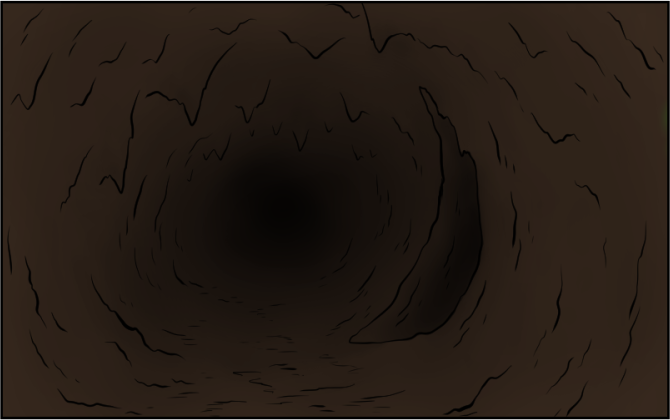 Realm of dark light
This layer begins around 150-200 meters deep underground and is the most significant part of the Underworld. The soil of this depth is littered with luminescent crystals, former body parts of deceased Dark striders. These crystals provide dull but constant illumination throughout the tunnels and halls.
This layer of Underworld serves as home to the majority of beasts and monsters native to Underworld. There is also where the highest number of goblins live. Being the dominant humanoid race of the Underworld, they breed, wage constant tribal wars, become food to predators and travel to the surface to snatch slaves.

In the deepest places of Realm of dark light stand rare fortifications and cities of dwarves. These are the only Underworld creatures able to openly oppose the influence of the Sunless lords. Unlike goblins who lead nomadic lifestyle and have to adapt to the everchanging layout of the underworld, dwarven cities are reinforced by thick, sturdy walls of stone and concrete, able withstand any shifts of the earth. 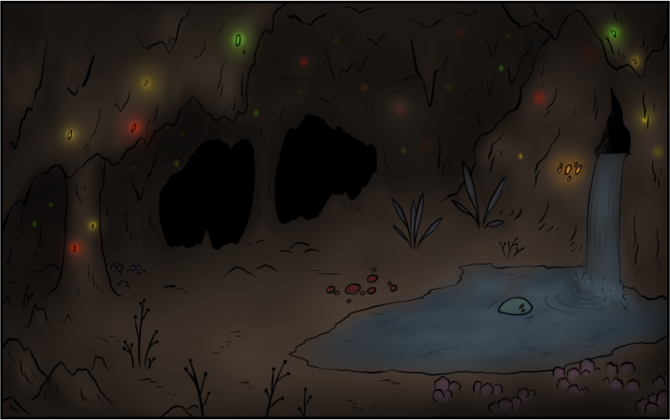 Unknown depth
Everything below 3 km is a mystery. The appearance of creatures here becomes disturbingly bizarre and the dangers increase exponentially. Very few explorers manage to descend so deep and return, and unfortunately for them, the information they bring back with almost always viewed with skepticism. Some things, however, seem to be mentioned quite often, such as slug-like humanoid creatures, multi-head monsters, strangely shaped and massive in size glowing plants, mushrooms and insects.
It is also still unknown how deep this layer goes and if there are even more layers below. 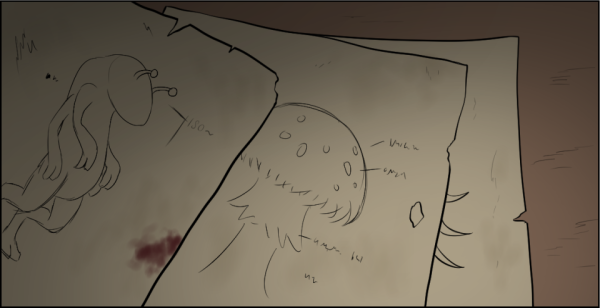 Abyssal chasms
One of the most exciting, mysterious and frightening discoveries of the Unknown depth layer are the abyssal chasms. These massive open spaces are met more and more frequent the deeper you go. Their origins are unknown and have no connection to the Sunless lords. In fact, these creatures show very limited activity at this depth, instead preferring to living within the Realm of dark light.
The most interesting aspect of these chasms is that local inhabitants actively avoid approaching them too. Explorers, who found them, often described presence of strange uneasiness, worry and even dread when they were near them. Such feelings multiplied whenever they looked down the bottomless holes. Some even claimed that in the pitch darkness of the abyss they could see silhouettes of gigantic monstrosities, but such claims have not been taken serious and are dismissed as hallucinations, caused by stress. 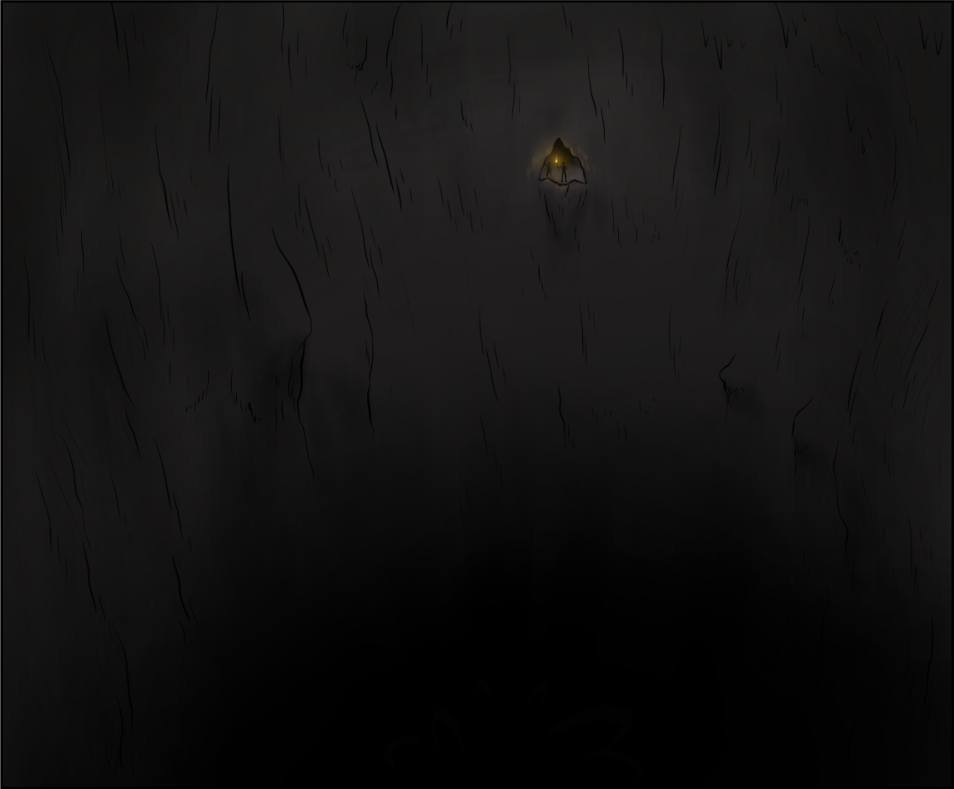